The new London Plan: more of the same- profits for the rich, crumbs for the rest of us 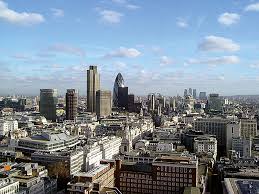 The draft London Plan was released at the end of November 2017 and is open to ‘consultation’ until the beginning of March. Given how little the Mayor and his officers listened to those consulted whilst formulating the draft, it is unlikely that any major changes will be made.

It is easy enough to understand the reality behind the new draft London Plan once we ignore the meaningless phrases such as ‘good growth’, ‘affordable’, ‘resilience’ and ‘inclusive’. Firstly, the Plan is only a framework and the word ‘should’ is the most used word. This means that even if the aims are desirable, they can be ignored if they turn out to be economically unrealistic. In addition, most of the planning powers lie with local boroughs. The London Plan is only a series of guidelines which again can be ignored by local councils if deemed ‘necessary’. So even if some aspects of the Plan seem positive, it is effectively meaningless if they are only guidelines. Local boroughs are prone, as we have seen again and again, to do what is ‘economically necessary’.

The main reason that the Plan lacks any real substance is that the key assumption underlying this Plan, as all other previous ones, is that the future of London is to be dominated by the needs of private corporations. Instead of remaining in public hands or being transferred to community co-operatives, land is being handed on a plate to private corporate interests. This is because it is assumed that this is the only way to get the needed finance. This immediately limits the ability of the Plan to deliver any of its objectives. The goal of private capital is to make profit not to create the kind of city that Londoners want to (and can afford to!) live in.

This can be shown by considering the implications for housing and the environment. In order to increase the number of houses councils encourage private property developers to either take over estate regeneration or else provide land on which to build residential properties. Or else, the developers can buy the land themselves from another private owner. However, they get hold of the land, the next step is to get planning permission to build homes. The new London Plan
wants ‘densification’ and ‘intensification’ of land use. This is the same as what has already been happening. It simply means that in order to make the most profit out of a piece of land, as many properties as possible need to be squeezed into a piece of land. This will include a combination of tall building, more dwellings squashed together and/or less floor space per property. Tall buildings have the added advantage of being able to offer ‘views’ which can be marketed to the very wealthy. (How many of the world’s rich have a penthouse suite in London? To offer this to all the wealthy of the world means a hell of a lot of tall buildings!)

The new privately-built developments are the main way of getting new homes. It is already admitted that the vast majority of new homes built in the past few years are not affordable for the vast majority of Londoners. The new Plan attempts to address this issue. However, despite having new definitions of ‘affordable’ (below the current 80% of market rents), the rents will still be above council or social rents. This means that they will still be higher than what the majority of Londoners can afford. And, this will be only 50%, at the very most, of the new properties being built. If we look at the figures in another way, we can say that between 50 and 100% of new properties built in London will be unaffordable for the vast majority of Londoners. So just like now, the new Plan means we will be getting higher and higher buildings, less green and open spaces, smaller flats, and no family homes with gardens. This is all so that we can provide more and more properties for the well-off and the buy-to-let or the buy-to-leave investor

In terms of land use, this focus on enabling property developers to make as much profit as they can on London land makes it difficult to fulfil other aims such as for more green and open spaces and reducing pollution. At most, developers will tick the ‘green box’ by planting some trees or putting in a few green patches, squeezed in between the high buildings. Despite developments supposedly being ‘car-free’, those who can afford the high prices will find some way of having their car in London, creating even more traffic-congested streets.

This plan, like plans before it, is a gold-mine for the property developer and landlord and a disaster for the majority of Londoners. However, it is not by more lobbying of the GLA that we will get any change. We must continue and intensify our grass roots campaigns and direct action, including protests against property developers, squatting and occupations. We must not only campaign for public housing but also for more green and open spaces and less pollutions, in general for the kind of London we want to live in. 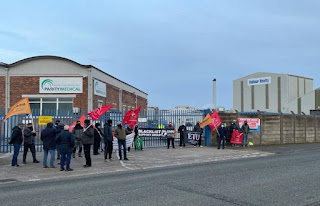 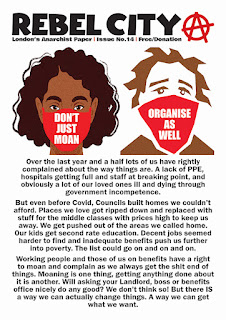